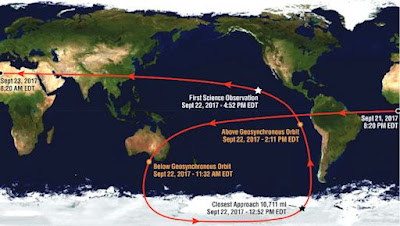 Above: The ground track of OSIRIS-REx's Sept. 22nd flyby. During the hours around closest approach, the spacecraft should shine with as much reflected sunlight as a 9th to 11th magnitude star.
Posted by Cloudymidnights at 10:29 PM