GREEN FLASH ON MARS: You've heard of green flashes above the setting sun. This week an astrophotographer in Sweden spotted a green flash on Mars. Visit Spaceweather.com for pictures and an explanation of this unusual phenomenon.

BRIGHT AURORAS CAST SHADOWS: The sun has been completely blank for 6-going-on-7 days.  Even without sunspots, however, space weather continues. On June 28th researchers in Antarctica photographed a display of auroras so bright it cast shadows on the ground. The outburst is highlighted on today's edition of Spaceweather.com. 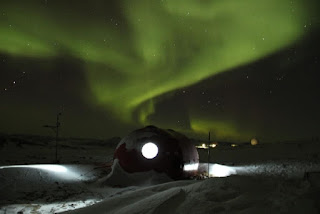 
Posted by Cloudymidnights at 7:31 AM No comments:

Big Picture Science for Monday June 27, 2016 - Skeptic Check: The Me in Measles

Big Picture Science - Skeptic Check: The Me in Measles

ENCORE: Wondering whether to vaccinate your children? The decision can feel like a shot in the dark if you don’t know how to evaluate risk. Find out why all of us succumb to the reasoning pitfalls of cognitive and omission bias, whether we’re saying no to vaccines or getting a tan on the beach.

Plus, an infectious disease expert on why it may take a dangerous resurgence of preventable diseases – measles, whooping cough, polio – to remind us that vaccines save lives.

Also, a quaint but real vaccine fear: that the 18th century smallpox vaccine, made from cowpox, could turn you into a cow!

It’s our monthly look at critical thinking … but don’t take our word for it!

You can listen to this and other episodes at http://bigpicturescience.org/, and be sure to check out Blog Picture Science, the companion blog to the radio show.
Posted by Cloudymidnights at 9:33 AM No comments:

SUNSPOTS VANISH ...AGAIN: For the second time this month, sunspots have faded away leaving the face of the sun completely blank. This signals an important transition in the solar cycle: Solar Minimum is coming. Visit Spaceweather.com to learn about the down-to-Earth effects of low sunspot numbers.

SPECIAL WEBCAST: Have you ever wondered how NASA plans to fly astronauts to Mars? Find out on June 24th when the Coca-Cola Space Science Center visits Cape Canaveral for a live webcast about NASA's Space Launch System.  The presentation will include the bone-rattling launch of a mighty Atlas V rocket. Tune in Friday between 7 am and 11 am EDT: http://www.ccssc.org/webcast.html

It’s elementary, Watson.  Things are in flux – from the elements in the air you breathe to party balloons.   We investigate the massive, historic loss of nitrogen from the atmosphere and meet the culprits behind a modern-day helium shortage.

But it’s not all a disappearing act: be thankful that oxygen showed up in our atmosphere a few billion years ago.  Meanwhile, atom smashers have recently produced some new elements.  Their appearance was brief, but long enough to fill out the periodic table.

And perhaps the tastiest use of an element – one that gives Seth a chilly reception.

You can listen to this and other episodes at http://bigpicturescience.org/, and be sure to check out Blog Picture Science, the companion blog to the radio show.
Posted by Cloudymidnights at 1:17 PM No comments:

WEIRD CLOUDS OVER ANTARCTICA: This week in Antarctica, observers have been amazed by the sudden appearance of vivid color in the darkening winter sky.  It is not, however, the aurora australis.  Instead, icy clouds are forming in the normally-clear stratosphere above the frozen continent, producing an intense iridescence seldom seen at lower latitudes. Visit http://spaceweather.com for pictures of this phenomenon.


DOUBLE SPACE WEATHER BALLOON LAUNCH: On June 18th, Spaceweather.com and the students of Earth to Sky Calculus will launch a pair of space weather balloons, simultaneously, 600 miles apart. The purpose of the experiment is to study the latitude dependence of cosmic rays penetrating Earth's atmosphere and to check models of radiation inside commercial airplanes. Launch updates will be posted at https://www.facebook.com/earthtoskycalculus
Posted by Cloudymidnights at 7:33 PM No comments:

NIGHT-SHINING CLOUDS OVER EUROPE: Observers in Europe are reporting an outburst of bright noctilucent (night-shining) clouds. Seeded by meteoroids, these electric-blue clouds float at the edge of space and can be seen alongside the stars after sunset. Soon, they will likely spread to North America. Visit http://spaceweather.com for pictures and observing tips.

ENCORE: The world is hot, and getting hotter. But higher temperatures aren’t the only impact our species is having on mother Earth. Urbanization, deforestation, and dumping millions of tons of plastic into the oceans … these are all ways in which humans are leaving their mark.

So are we still in the Holocene, the geological epoch that started a mere 11,000 years ago at the end of the last ice age? Some say we’ve moved on to the age of man – the Anthropocene.

It’s the dawn of an era, but can we survive this new phase in the history of our planet?

This encore podcast was first released on February 23, 2015

You can listen to this and other episodes at http://bigpicturescience.org/, and be sure to check out Blog Picture Science, the companion blog to the radio show.
Posted by Cloudymidnights at 9:22 AM No comments:

Big Picture Science - How to Talk to Aliens

ENCORE: “Dear E.T. …” So far, so good. But now what? Writing is never easy, but what if your task was to craft a message to aliens living elsewhere in the universe, and your prose would represent all humankind? Got writer’s block yet?

What to say to the aliens was the focus of a recent conference in which participants shifted their attentions away from listening for extraterrestrial signals to transmitting some. In this show, we report on the “Communicating Across the Cosmos” conference held at the SETI Institute in December 2014.

Find out what scientists think we should say. Also, how archeology could help us craft messages to an unfamiliar culture. Plus, why journalists might be well-suited to writing the message. And, a response to Stephen Hawking’s warning that attempting to contact aliens is too dangerous.

This encore podcast was first released on January 12, 2015.

You can listen to this and other episodes at http://bigpicturescience.org/, and be sure to check out Blog Picture Science, the companion blog to the radio show.
Posted by Cloudymidnights at 5:12 PM No comments:

Where did all the sunspots go?

WHERE DID ALL THE SUNSPOTS GO? Something interesting is happening on the sun.  On Friday, June 3rd, the sunspot number dropped to 0, and the solar disk is still blank this weekend. This is a sign that the sun is slowly shifting into a new phase of the solar cycle.  Learn more about the transformation on Spaceweather.com.

GEOMAGNETIC STORM WATCH:  NOAA forecasters say there is a 70% chance of polar geomagnetic storms on June 4th and 5th as Earth enters a stream of fast-moving solar wind.  This is the same stream, by the way, that triggered the fabulous Mother's Day Storm last month, when auroras were photographed in the USA as far south as Kansas and Arkansas. Visit Spaceweather.com for more information and updates

Posted by Cloudymidnights at 5:11 PM No comments:

SMALL ASTEROID EXPLODES OVER ARIZONA: During the early hours of June 2nd, a 3-meter wide asteroid struck Earth's atmosphere over Arizona.  The resulting explosion shook the ground and blinded cameras with a flash of light 10x brighter than the full Moon. Meteorite hunters are now scouring the landscape north of Tucson for fragments of the space rock.

Visit http://spaceweather.com for more information and updates on this developing story.